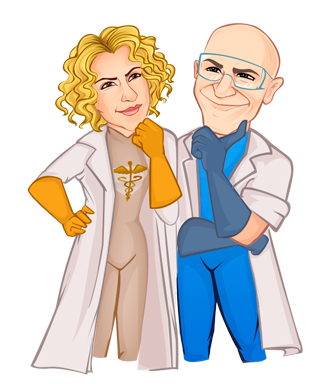 There is a treasure trove of hidden abilities inside each of us.

In fact, within our bodies and minds resides the building blocks for the humans of the future. Whether it’s hyper-sensitive smell, the ability to visualize abstract ideas, or draw with surprising accuracy, each of us holds skills and talents that we often overlook, but that could be used to better our own lives and give us a glimpse of what’s possible.

Below are a series of quizzes, exercises, factoids, and articles that will help you to get acquainted with your inner extraordinary. Enjoy! 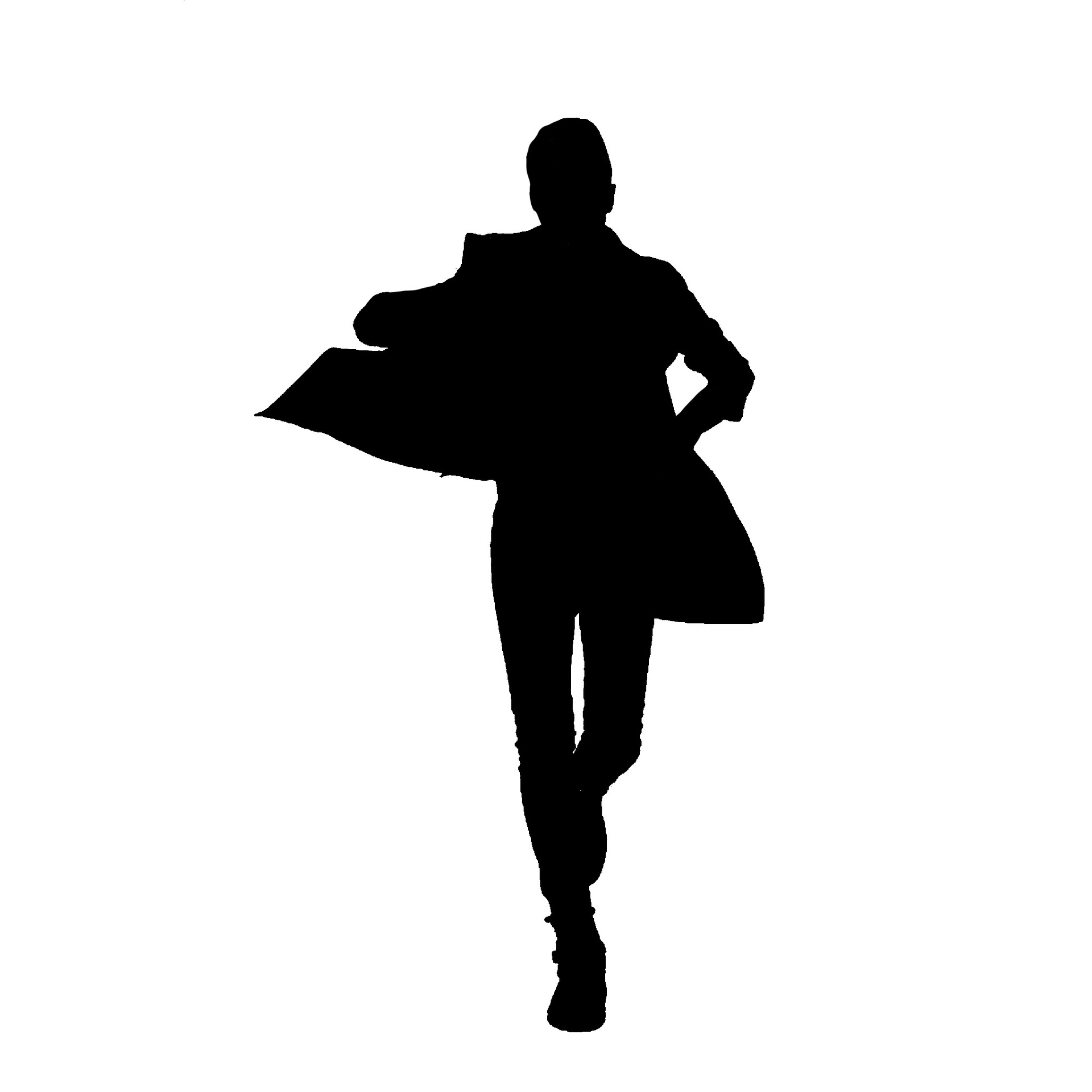 We all have a Sixth Sense, but we don’t always pay attention to it. Our bodies give off subtle clues about the world around us that our conscious minds may not be aware of. The more-intuitive among us have an ability to pick up on these signals. How strong is your Sixth Sense?

We are full extraordinary abilities that we never knew we had. Click the links below to take a tour of your inner impossible.

Vision so dominates perception that we give precedence to what our eyes tell us, even when that information contradicts more accurate data coming from other senses. When you watch television, for example, dialogue seems to emerge from the actors’ mouths, not the set’s speakers. And although many mammals overindulge their eyes as we do, a few, such as bats and dolphins, navigate by sonar, emitting clicks, chirps, and grunts and using the echoes to determine the location of things around them.

Sonar may seem a bizarre method of finding one’s way, but humans can be surprisingly good at it. Blind people, for instance, navigate pretty well by listening to echoes from the tapping of their canes. We can locate where sounds originate because we have two ears and a brain that automatically analyzes differences in the timing and intensity of sounds. When a noise is closer to one ear than the other, its acoustic energy will reach that ear faster and louder than the other ear.

Try the following experiment to see how well your brain extracts location from time and intensity cues:

With a friend, 10 feet of string, a 9-inch square of cardboard, a straight pin, a soda straw, and some tape, make a “sound locator” as shown in the photos below. Make sure the string rests on top of the cardboard and that the straw and the string don’t touch. Sit in a large, quiet room with your eyes shut and your head facing forward, holding the locator in front of you. Have your friend grasp the loose end of the string and stand 10 feet away at seven different points: directly in front of you at 12:00 and also at 9:00, 10:00, 11:00, 1:00, 2:00, and 3:00, in a random sequence. 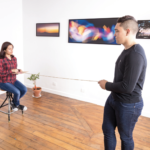 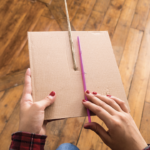 At each new position, have your friend sing a single note—bong—for two seconds in the lowest pitch they can muster. Be careful that your friend doesn’t tug the string too hard—it will give her location away. Point the short end of the straw in the direction you think the bong came from. Then open your eyes and note whether the straw and the string agree. The difference between the two marks represents the degree of accuracy with which you locate each sound. Now repeat the experiment at each of the seven positions, only this time have your friend emit a loud click with her tongue and palate. Switch places with your accomplice and compare performances. If you’re like most people, your errors were small but probably increased as the bongs and clicks moved farther away from 12:00. You should have done better with the clicks, which carry a wider range of tones for acoustic neurons to work with.

It turns out that phrases such as “Listen to your heart,” “Follow your heart” and “I believe deep in my heart” are more than metaphors: They are literal descriptions of what happens when we have intuitions. In fact, many of our “gut” feelings are actually “heart feelings.”

Researchers at the HeartMath Institute (HMI) have discovered this type of cardio-clairvoyance in the laboratory. HMI’s Rollin McCraty, a professor at Florida Atlantic University, asserts that changes in heart-rate statistics of experimental subjects predicted two distinct types of events two to 14 seconds before those events happened:

In both cases, McCraty showed that how much the heart speeds up and slows down when a person breaths in and out changed in statistically significant ways several seconds before the events actually happened. And changes in heart rate differed significantly depending on whether an image was going to be neutral or arousing or whether a bet was going to be won or lost.

Perhaps what differentiates people who are intuitive from those who are not is simply an ability to sense their hearts beating in their chests: Some of us know our heart better than others.

Learn more about how the heart predicts the future here.

One of the key attributes that have helped dogs to become “man’s best friend,” is their extraordinary sense of smell that they use to help us track everything from criminals on the loose to wild game. It turns out that we humans actually have a similarly strong ability to track with smell, we’re just a little out of practice.

A 2006 study at the University of California at Berkeley showed that a group of 30 undergrads were able to track scents along the ground with a surprising degree of accuracy. The participants in the study were blind-folded and wore ear-plugs and followed a trail of chocolate essential oils that had been left on a grassy lawn. The key, it turns out, to unlocking our doglike smell is putting our noses to the ground and depriving our other senses that we tend to rely on much more than our sense of smell!

Give it a try sometime. Go out in your backyard, blindfold yourself, have someone else lay some scents in the grass and see how well you can track the scent!

The Wisdom of Your Gut

We’ve all had that experience of sensing deep down in our gut that we should avoid a situation or go in a particular direction when we reach a literal or metaphorical fork in the road. It turns out there’s a scientific basis for these “gut reactions.”

In a paper titled, “The gut chooses faster than the mind: A latency advantage of affective over cognitive decisions,” psychologists TS Saunders and MJ Buehner of Cardiff University describe extensive experimental research backing up this phenomenon of “knowing before knowing.”  It turns out that we actually have two independent neural pathways in the brain for processing affect (feelings) and cognition (thoughts). And our feelings pathways move much faster than our thoughts. Our survival depends on reacting quickly to emotion-laden stimuli (a snake at our feet), so the affective pathway is the faster of the two. It’s the part of us that shoots first and asks questions later. 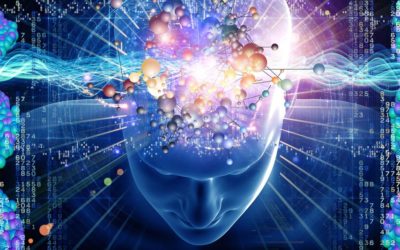 Your Sixth Sense Can Save Your Life

One afternoon a few months ago, I was running errands when something strange suddenly happened in my body.  I couldn’t pinpoint exactly what had changed, but a “gut feeling” told me that something was drastically wrong.  I tried to analyze the problem but insight... 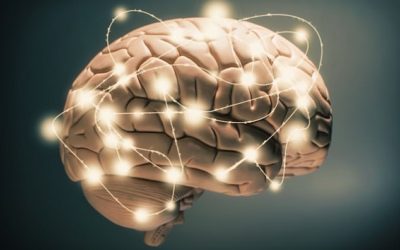 Take the One Second Intelligence Test

I’m expecting all kinds of criticism for this test.   Some people will argue it’s overly simplistic. Others will assert it’s misleading--even dangerous—to suggest that you can assess intelligence –at least sort of--through a one second test. So, I’m not actually going... 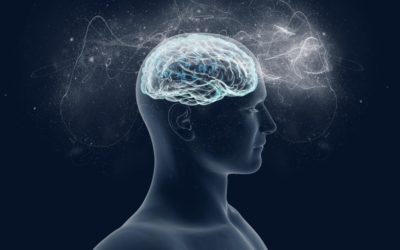 A 60 Second Journey Deep Into Your Subconscious

Look up from the screen right now and scan the room around you, directing your gaze at one object, then another, then another. As you focus on each object, imagine what that object would feel like on your tongue if you licked it.* My guess is that you have a very,... 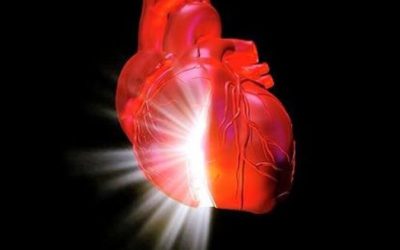