How to Sharpen Your Sixth Sense 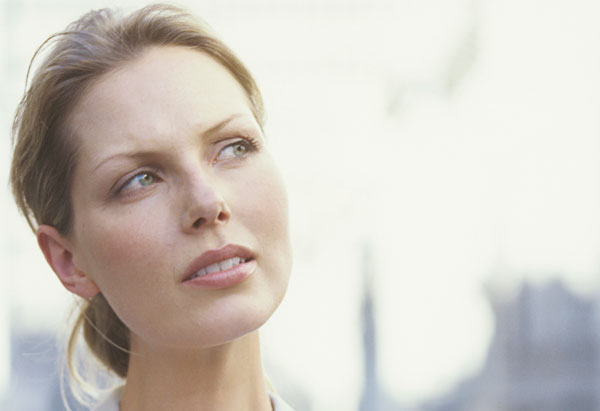 I was a nerdy kid who got bullied a lot. So, even after I grew to an athletic six feet at 16, I still got nervous whenever I encountered a tough-looking guy. I’d feel the anxiety in my solar plexus as a highly unpleasant, low-level electric shock that wouldn’t stop. It was as if my body expected a blow to the stomach and tensed up to lessen the impact.

In the summer before my senior year of high school, I was checking into a dorm at summer school in San Diego when the anxious “about-to-be-bullied” gut sensation seized me. A tall, muscular boy about my age had gotten in line behind me. The broad, flat planes of his face belonged to a stereotypical movie thug. His flattened nose, clearly broken and never reset, reinforced the impression that he spelled trouble.

Then a smile lit up his face when a close friend came through the door. The smile was genuine, glowing with warmth. His eyes twinkled with mischief and mirth as he playfully “slugged” his buddy. Immediately the tension in my gut drained away, quickly replaced by a light, joyful feeling. Somehow I sensed that this boy was not only “safe” but would probably be a good friend before the summer was over.

My instant intuition turned out to be spot-on: Greg was smart, funny, humble, and shared many of my interests. Despite looking tough, he was one of the most gentle people I’d ever met.

All of this I had grasped the instant he’d first smiled.

In another article (“Yes, you do have a sixth sense and you should trust it”) I explained that such intuitions arise from a neural process called “implicit learning.” Somewhere in my 16 years on the planet I had unconsciously learned to associate warm smiles with warm hearts. This learning was implicit, in that I’d never consciously focused on people’s smiles or linked their smiles to their character, but somehow the connection sank in. And this implicit knowledge was able to instantly calm my gut, without me having to think about it.

In other words, it was a perfect example of the “sixth sense”—important things we know without knowing how we know them.

Our distant ancestors had to react instantly to life-or-death threats without taking time to think, so our brains evolved hyper-fast input-output linkages.

But in many realms of human performance, the faster we perform a task, the more errors we’re prone to make. Hundreds of experiments in perception and cognition have shown that haste makes waste when it comes to tasks like deciding if two objects are the same or different, noticing small details in a cluttered visual field, or movements that require precision.

Chabris and Simons cite a famous example of the pitfalls of perceptual speed in their book The invisible Gorilla. These Harvard-trained psychologists conducted famous experiments in which observers focused on counting how many times basketballs were passed among several students failed to notice a man in a gorilla suit walk into the scene.

Missing something as obvious as a gorilla is an example of what Chabris and Simons call inattention blindness: We miss things that we don’t take time to look for.

The gorilla experiment is also a good example of how we tend to see things we expect and don’t see things we don’t expect. Although expectation can greatly speed up our response time (we answer a phone faster if we are waiting for the call) it often leads to errors of both omission and commission

Many people fail not to notice the extra “the” because they already know what the phrase says. 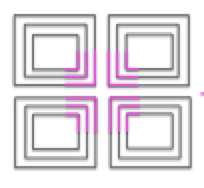 These mistakes are harmless, but some of our fast judgments can get us in to real trouble. For example, we tend to think that people who sound very confident are making correct statements because we’ve learned to associate confidence with correctness.

But the “con” in “con man” stands for “confidence.” Sociopathic criminals are masters at exploiting our sixth-sense intuitions by faking genuineness and confidence. Skilled politicians do this as well—and some would call them sociopaths, too.

By becoming aware of the errors our sixth-sense intuitions, we can get in the habit of performing “quality controls” that tell us when to trust our hyper-fast intuitions and when to double-check them.

Psychologists have identified over 100 “cognitive biases” that make our brains prone to errors when making snap judgments.

I have found that performing “quality control” on just a handful of such biases is most useful in everyday life. Here are three fast rules of thumb for validating fast first impressions.

We tend to quickly perceive…

So when accuracy of judgment really, really matters—selecting a mate, hiring a new employee, testifying about a crime—ask yourself three hard questions before acting:

If your honest, objective answer is “No” to these questions, then your fast sixth sense is likely correct. If it’s “yes,” then adopt the carpenter’s adage of “measure twice, cut once.” Because your brain will unconsciously remember the linkage between what you perceive vs. what actually happens on different occasions, improving the accuracy of snap judgments with my three-question quality control will cause your brain to automatically accumulate better implicit knowledge about the validity of your implicit knowledge.