The Accidental Discovery of Teflon 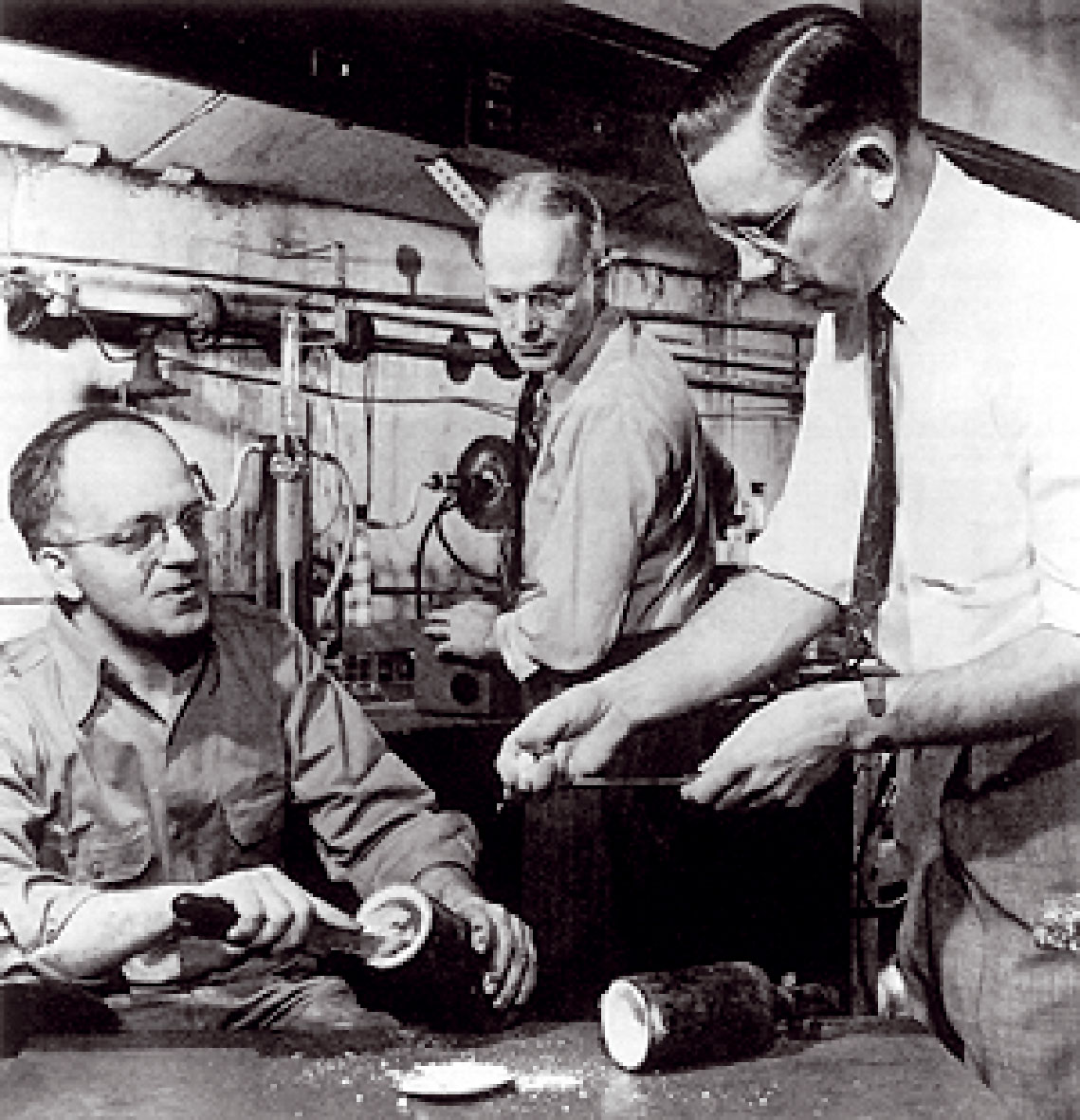 Used as a coating for non-stick pans, in carpets and furniture as a stain repellant, as a coating on glasses, in various hair products and as an automotive lubricant (you can see the similarities!), in igniters for solid-fuel rocket propellants and in infrared decoy flares, the chemical that we know as TEFLON was discovered by accident.

In 1938, only 15 years after the home refrigerator was invented, a young scientist was hard at work to find new, and better, cooling agents for refrigeration. Dr. Roy Plunkett was at DuPont, and working with his assistant, Jack Rebok, they decided to test the refrigerant properties of a synthetic, colorless, flammable gas called tetrafluoroethylene. They put 100 pounds of this stuff into sealed gas canisters and froze them. Later (presumably after allowing the canisters to come to room temperature), they attempted to release the gas and nothing came out. So they cut them open.

Inside was a white, waxy powder. The tetrafluoroethylene had polymerized (a chemical reaction where smaller molecules join together to produce a very large chainlike or network molecule) and created an entirely new substance which was ultimately named TEFLON. As you know from your non-stick pans, or your hair lubricant, TEFLON is extremely slippery (actually one of the slipperiest known substances), and is non-corrosive, chemically stable, and has an extremely high melting point. This makes it incredibly useful in all the ways you know (and probably also in other ways none of us can imagine).

Doctors Impossible LOVE this story of Dr. Roy Plunkett and his assistant because it proves, yet again, that accidents can lead to incredible discoveries. Just think! How many red-wine stains would you still see in your carpet today if it weren’t for Plunkett freezing a flammable gas while trying to improve the efficiency of your refrigerator?

Source: Today I Found Out and Encyclopedia Britannica and PubChem