The 1-in-a-Billion Case of Penicillin 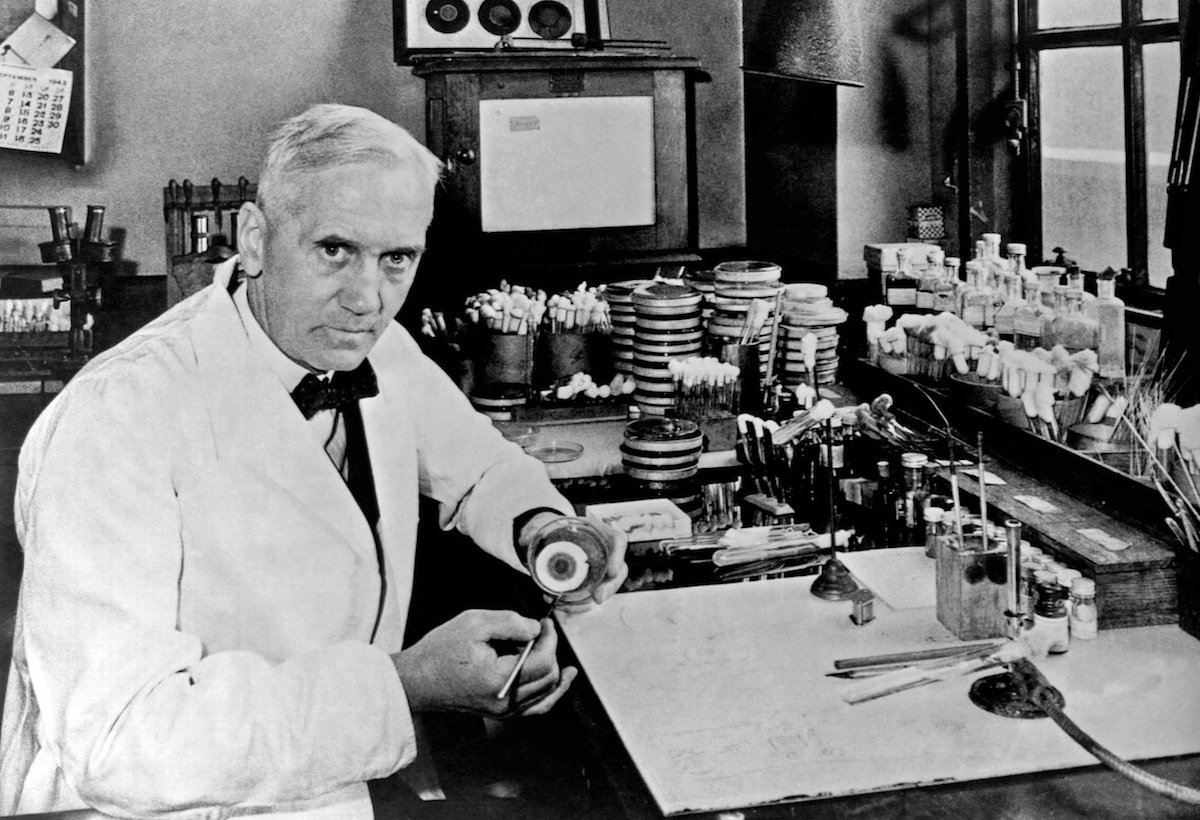 You’ve heard the story, no doubt. But it’s worth repeating because it illustrates how accidents–or messes, in this case–can lead to remarkable leaps into what has been previously…IMPOSSIBLE.

Dr. Alexander Fleming of St. Mary’s Hospital, London, returned to his office after summer vacation in Scotland. Somehow, mold was growing in some of his petri dishes. He’d meant to be growing pure Staphylococcus aureus (think strep throat), but this mold had contaminated the colony. Not only that, the mold had prevented normal growth of the staphylococci.

The mold contaminating his petri dishes was none other than Penicillium notatum. Yes. Mold is what we use to kill bacteria in our bodies!

Although Fleming made the initial discovery of penicillium’s potential health benefits as an antibiotic, it took years before three other doctors–Dr. Howard Florey, Dr. Ernst Chain, and Dr. Norman Heatley–and a host of lab workers were able to turn it into what we now consider the wonder drug.

Doctors Impossible offer this story as another example of how something that was once impossible–curing people from simple bacterial infections that killed people regularly prior to the discovery of penicillin–can become possible in the rarest of circumstances. Or, perhaps, in the case, in the most common of circumstances: A messy office.