Tap Into the Inner Genius You Didn’t Know You Had 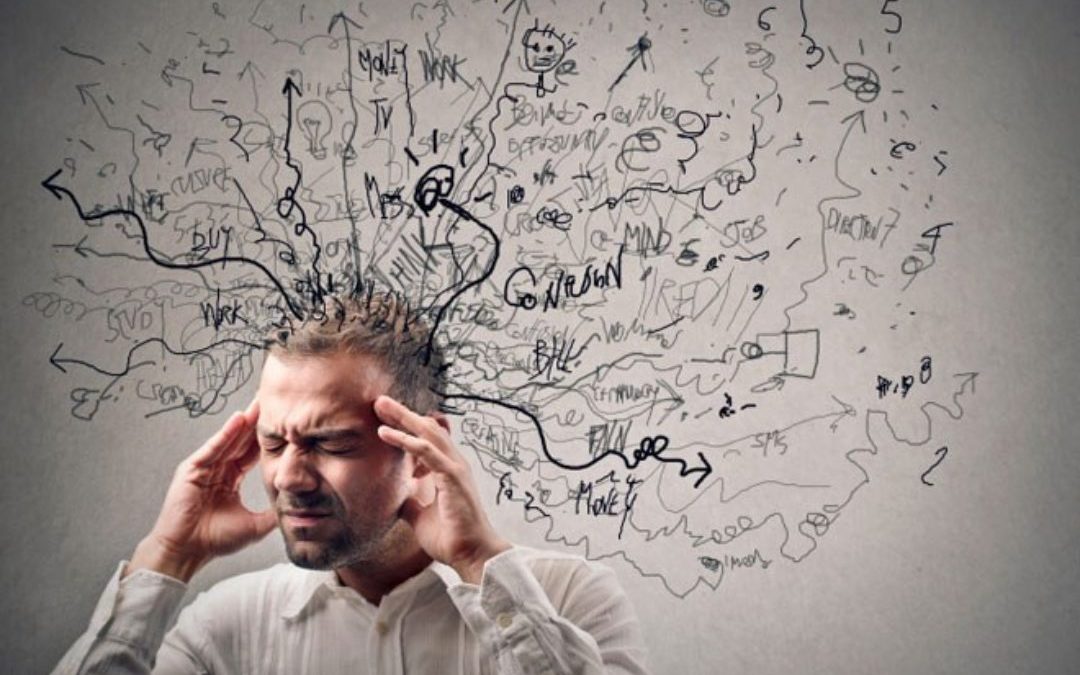 Derek was a 39-year-old sales trainer with no musical skill when he dove head first into a very shallow swimming pool while visiting his mom. He suffered a severe head concussion and was taken to the hospital. Four days later, when he was resting at one of his friends’ house, he discovered that he was able to play the piano flawlessly and beautifully even though he couldn’t read music. That day, he played the piano for 6 hours. He is now working as a well-paid musician and composes music.

Now, don’t get any wrong idea. Do not dive head first in shallow swimming pools because the brain damage can be severe and irreversible. Derek is the only known case in the world of music savant happening after such a dive. You will find at the end of this blog safe ways to try to unleash your inner genius.

But Derek is a great example of what we call acquired savant syndrome—people who spontaneously develop prodigious memories and genius level abilities. There are 32 documented cases of Acquired Savant Syndrome worldwide, where, in every case, the savant had no particular skill before the incident or accident that unleashed their inner genius.

Here are a few other cases.

Tony, an orthopedic surgeon in New York was struck by lightning while talking to his mother from a telephone booth. While recovering, he became obsessed with listening to piano music, bought a piano, then taught himself to play. In addition to resuming his medical practice, Tony now also gives classical music recitals and composes.

Orlando, after being hit in the head with a baseball at age 10, was suddenly able to name the day of the week for any given date.

Alonzo had a bad fall at the age of 3. Despite permanent cognitive impairment, he developed a talent for sculpting animals with spectacular accuracy and speed.

Acquired savant syndrome can also develop after other types of brain damage, such as stroke or dementia. Bruce Miller, a behavioral neurologist who directs the UCSF Memory and Aging Center in San Francisco, noticed that some frontotemporal dementia patients, as their language and social skills worsened, displayed unexpected new artistic talent like one patient who became obsessed with painting. The more neurological deficit this particular patient had, the more beautiful his paintings became.

Special skills in acquired savants, like the unusual abilities of “natural savants” like autistic children, usually manifest as musical abilities—most often the piano with perfect pitch like Derek—visual memory, arithmetic abilities, painting, drawing, sculpting, and spatial skills where the savant can construct complex accurate models or excel at direction finding and map making.

An important clue to the origin of the extraordinary phenomena of acquired genius is that many times, acquired savants suddenly acquire their skills after a region of the brain called the left anterior temporal lobe (LATL) is damaged.

Clinical data from stroke and trauma patients and fMRI imaging studies in healthy subjects show that LATL plays an important role in semantic memory (storing away the meaning of objects, words, images, and other perceptions) and in assessing the meaning and significance of events that are happening around us.

I think of LATL as the “so what” part of the brain because, in focusing on meaning and significance, it concerns itself only with the “big picture,” not small details that make up the big picture: the forest instead of the trees, as it were.

Here’s an example of the LATL at work. If you were a hunter-gatherer out looking for your next meal on the African savannah and suddenly encountered a furry animal, the visual pathways in your brain—optic nerve, thalamus, and visual cortex—would register and remember minute details of the animal, the texture and color of its fur, the way sunlight glinted off of its eyes along with many other details, such as the way the creature’s muscles bunched up when it moved. In contrast, your LATL would typically focus only on the meaningful question, “Should I run from this thing or chase it for my next meal?”

Because our brains can only focus on one thing at a time, and we have to act quickly in life or death situations, our LATL’s actively suppresses our conscious awareness of minute details that could distract us from the immediate task of survival: eat or be eaten.

This brings us back to how damage to LATL might produce acquired savant syndrome: When the LATL is no longer able to inhibit awareness of fine details processed by other parts of our brain, such as our visual system, these other parts of our brain begin to emerge, giving us “privileged access” to detailed perceptions and memories of those detailed perceptions, that would normally be denied us.

Now we can understand why savants can listen to a piece of music only once, and play it flawlessly, or glance briefly at an object to draw it or sculpt it to perception: lacking inhibition from the LATL, the “minute detail” parts of their brains are consciously available.

Can healthy people acquire savant-like talents by suppressing their LATL?

The abrupt appearance of acquired savant talents—vs. gradual development over time—strongly suggests that these talents are present in latent form in all of us, and only emerge after brain damage.

Is there a way to temporarily “turn-off” our LATL without any ill effects, so that all of us might exhibit savant-like talents?

Yes, according to Allan Snyder, neuroscientist at the University of Sidney, Australia. Dr. Snyder artificially fatigued the LATL by stimulating it with transcranial magnetic stimulation (TMS) for 15 minutes in healthy subjects. This technique is the equivalent of tiring out a muscle by vigorously exercising it. After TMS exposure, Snyder’s test subjects showed improved ability to draw objects from memory, to quantify the number of discrete objects in complex visual scenes, and to accurately proof-read documents—all skills that depend upon memory for small details.

Snyder argues that access to “raw data” about minute details emerges when LATL, which normally blocks our access to such memories, is weakened.

Weakening the LATL to give privileged access to raw data is like disabling the part of your computer software that hides the “ones and zeros” of raw data from you. The word “you” for example, is stored in your computer’s memory as 01111001 01101111  01110101. Normally, you don’t care about—or want to be distracted by such raw data—so your computer operating system, if it is working properly, doesn’t let you see it. But, if you temporarily disable the equivalent of your computer’s LATL, you can access the raw ones and zeros.

Can we unleash our inner savant outside of the laboratory? Yes, here is how to do it:

Most of us don’t own TMS machines to fatigue our LATL, but there is evidence that it is possible, under the right conditions, to get our LATL to loosen its vice grip on access to raw data stored in our brains.

Because our conscious minds can only focus on one thing at a time, we lessen activity in our LATL when we actively ignore the meaning of things, in order to focus intently on seemingly meaningless details. Meditation mantras, for example, usually are explicitly chosen to have no meaning. Thus, transcendental meditation, in which a nonsense mantra is repeated over and over in the mind, could be one way to disengage LATL. When I meditate, beautifully vivid images pop into my head from time to time, possibly because a relaxed LATL allows me access to “privileged “visual memories.

Other forms of meditation, and some forms of hypnosis, encourage practitioners to focus on tiny details, such as the delicate veins in a tree leaf. One reason that hypnosis sometimes leads to retrieval of lost or repressed memories, could be that focusing on meaningless details (like a light or swinging pendulum) disengages LATL.

Betty Edwards, in her bestseller Drawing On the Right Side of the Brain, provides yet another way to disengage LATL in order to unleash our latent drawing abilities. Edwards shows that, when we turn a photograph of a face upside down, we are much better able to draw that face, because inverting the image removes much of its normal “meaning” about the face that gets in the way of our ability to focus on the face’s details. Similarly, placing a pane of glass between your eye and any visual object, allows you, using a grease pencil or magic marker, to accurately trace the image of that object on the glass, because the act of tracing literal details disengages the “so what” part of the brain. If you try this yourself, you’ll be amazed at what a good artist you actually are.

I have very little drawing ability, but here’s a sketch I just did of my husband in a few minutes, using the glass pane technique. 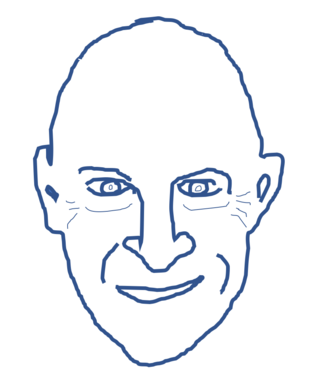 These exercises don’t fatigue LATL, as TMS does, they just make it passively “chill” for a while.

But Snyder’s work also suggests that anything we do that actively fatigues the LATL in a natural way, could allow latent drawing, math, spatial, or musical abilities to surface.

For example, if you focus your attention on one object around you after another, and contemplate each object’s deep meaning for 15 minutes or so, you might fatigue your LATL. Look at a window, a chair, a coffee cup or a pen. Contemplate deep meaning. Why do you have this object? How does it improve your life? What would happen if you were deprived of that object forever?

Snyder’s theory of acquired savant syndrome suggests that heavily contemplating the meaning of things around you for an extended period will tire your brain’s “so what” center, and give you privileged access to details that could temporarily improve your genius within.

So here’s the bottom line: To unleash your hidden talent, either focus exclusively on meaningless details or go overboard thinking about the meaning of things around you. Either way, you will push your LATL into the back seat and put your inner genius in the driver’s seat.