Six Brain Phenomena That Should Be Impossible, but Aren’t 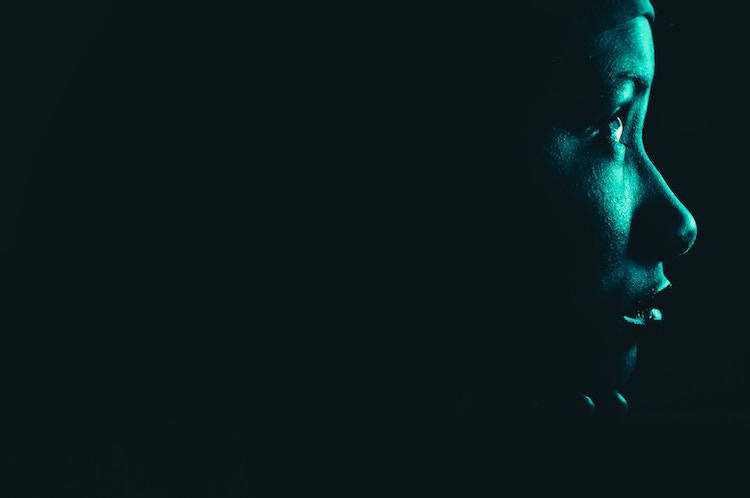 Exceedingly strange but true factoids about our nervous system.

Werner, whose name adorns the famous Heisenberg uncertainty principle, was referring to quantum mechanics, where, for instance, a particle can be in multiple places at the same time and actually interfere with itself. In human terms, this phenomena (called quantum superposition), would mean that you could stand in a room with multiple versions of yourself and argue with them: not figuratively, but literally.

Although the good Dr. H., in commenting on the incomprehensible strangeness of the universe, was talking about physics, he might just as well have been referring to the human brain. Just as it ought to be impossible for a subatomic particle to be in many places at the same time, it also ought to be impossible for one human to literally feel what another is feeling, as if they were not two separate people at all, but two separate instances of one person.

For instance, in an extremely rare phenomenon called “mirror touch synesthesia” an observer who watches another person being touched, say, on the arm, will literally feel the same touch in the same place on their arm at the same time. Neurologist Joel Salinas, who possesses this rare gift (or curse, depending upon your point of view) told CNN that while he was in medical school:

“Someone is doing compressions [CPR]…and as this is going on, I’m feeling the compressions on my chest as if it were happening on my body…. As he died, I felt this kind of hollow slipping sensation…and after that I ran to the bathroom and threw up.”

Mirror touch synesthesia is poorly understood, but may arise from “mirror neurons” that all of us have in our cerebral cortex. In the brains of rare individuals such as Dr. Salinas, these neurons may be extraordinarily sensitive and active—in the same way that some people have exceptionally sensitive senses of smell or hearing.

Here are 5 other neuroscience phenomena that should be impossible, but aren’t.

Twins Who See and Feel What Each Other Sees and Feels

Krista and Tatiana Hogan, for instance have a “thalamic bridge” connecting a midbrain structure called the thalamus of one twin to the other. Among other functions, the thalamus acts as a sensory relay from the eyes, ears, and skin to the cerebral cortex. Thus when Krista sees something through her eyes, Tatiana also experiences visual sensations, even with her eyes closed. Ditto for touch. These visual and tactile sensations may transfer from the thalamus of one twin to the other over the “thalamic bridge.”

Zoologists and comparative psychologists have known for decades that some birds, bats, turtles, and even foxes can sense the earth’s magnetic field and use magnetic information for navigation (e.g., sensing the north and south magnetic poles of the Earth to orient themselves in order to migrate long distances or to find their way over shorter distances). Recent research suggests that these animals do this through magnetite particles embedded in or near cranial nerve fibers, or cryptochrome molecules in their retinas that alter sensory perception based on orientation to the Earth’s magnetic field.

Magnetite crystals, like iron filings, align with magnetic lines of flux. In some birds magnetite crystals have been found near nerve endings of the trigeminal nerve, which relays tactile, temperature, and pain information from the facial region to the brain. Thus, these birds might actually “feel” the direction of the Earth’s magnetic field on their faces just as we feel wind direction on our faces. Cryptochrome molecules (a form of free radicals) in the retina, which exchange electrons under the influence of magnetic fields, might subtly increase or decrease perceived brightness along magnetic lines of flux, displaying a sort of “compass needle” in the visual field.

The discovery of both magnetite and cryptochrome in humans has raised the possibility that humans might share with birds, bats, and foxes the ability to sense magnetic fields (albeit subliminally because the magnetic cues are subtle). Dr. Joe Kirschvink  of Cal Tech has found that he can alter EEG responses of human volunteers simply by changing the magnetic fields surrounding them. Although this discovery is a far cry from proving humans can navigate using magnetic fields, it does suggest that humans are sensitive to such fields, perhaps as a vestige from our evolutionary past.

People With Perfect Recall of Every Day of Their Lives

Individuals with a condition called hyperthymesia (extreme memory) essentially have a video recorder in their brains that indelibly records their entire life. Dr. James McGaugh, learning and memory researcher at U.C. Irvine tested a woman named Jill Price, who claimed to precisely remember every day of her life. Using a reference, The Twentieth Century Day by Day, which recorded every major news event of every day of the century, McGaugh found, to his astonishment, that Jill did indeed remember every day of her life. Like mirror synesthesia, hyperthymesia is not well understood, but may be a close cousin of acquired savant syndrome, in which some individuals gain “privileged access” to memory stores that are normally suppressed so that we don’t get distracted by random details. Many hyperthymesic individuals experience difficulty pushing memories out of their heads, which interferes with day-to-day life. This may explain why brains typically have an “auto-erase function.”

When the rear portion of the cerebral cortex, called the occipital or visual cortex, is destroyed by trauma, tumor, or stroke, patients become completely blind, in that they are not consciously aware of any visual stimuli. This condition, called cortical blindness does have one very strange side effect in some patients, however—blindsight.

Because “unconscious” parts of the visual system (such as the superior colliculus of the midbrain which controls visual orientation) are preserved in cortical blindness, completely “blind” patients can walk across a room, weaving around obstacles in their way, and get to the other side unscathed, without ever consciously being aware that they are seeing anything. Similarly, when a ball is tossed at a person with blindsight, often that person can grab the ball in mid-flight, again, without consciously sensing anything.

Some neuroscientists speculate that this primitive form of vision is what animals—who lack a visual cortex but have the equivalent of a superior colliculus called an optic tectum—use to “see” the world.

OK, this one may be more bizarre than any of the others…

Some foreign tourists in Paris, almost always from Japan, and almost always with “typical” mental health, experience depersonalization, hallucinations, delusions, paranoia, racing heart, nausea, and vomiting when they visit Paris. French psychiatrists speculate that about 20 Japanese tourists a year suffer these symptoms because the reality of Paris (a normal, bustling big city with normal-looking people) diverges radically from the romantic Paris portrayed in Japanese media, in which all Parisians are pencil thin fashion models, and the very air of Paris is suffused with magic. In other words, otherwise healthy first-time Japanese tourists in Paris undergo an extreme case of culture shock and decompensate.

There you have it: The universe is impossibly strange, and one reason is that human brains occupy it.

Encounter more impossibilities inside your brain with the new book, Brain Safari — by one of the esteemed Doctors Impossible, Dr. Eric Haseltine.