Secrets Your Brain Hides From You 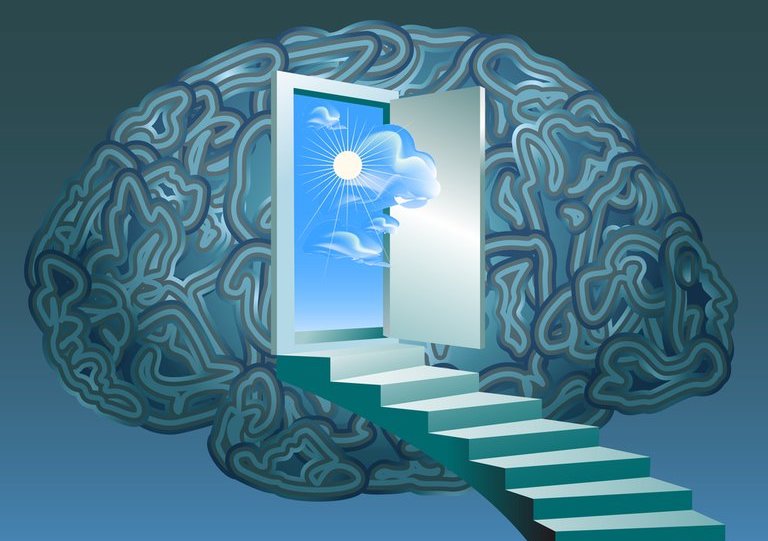 In my last post in the Intelligence world, I got a new boss who was a retired three-star Admiral.  The President had appointed him to the position for many reasons, one of which was that he was a practical, no-nonsense leader, who focused on the big picture.

Because I was the Intelligence Community’s top geek (Chief technology Officer) and loved technology, I tended to go overboard telling the Admiral how the new spy gear we were developing worked.

A few weeks into his new job, my new boss finally lost patience with me and said “Haseltine, just tell me what time it is, not how the damn watch works.”

Most people–you included, in all probability–are like the Admiral: they just want to use technology to get a job done, and don’t much care how the technology works.

Your car gets you where you’re going, your computer sends emails, your thermostat adjusts your house temperature. Who cares what goes on under the hood?

But there’s one technology that you use every moment of every day whose inner workings you ought to care about: your brain.

You should know what goes on “under the hood”  because  your brain automatically does things that you would not approve if you had any say in it.

So, let’s lift up the hood and peer inside your skull

The first thing we’ll discover is that, in the interest of speed, your brain makes simplifying assumptions about the world that are sometimes wrong.

Here’s an example: quickly count  the number of  “F’s” in this sentence.

Many people count three “F’s”  (FINISHED, FILES, SCIENTIFIC) but miss an additional three in the “OF’s” because the brain routinely filters out information it assumes is irrelevant—like “OF’s” in a sentence.

Another error that your brain often makes is  that it perceives what it expects and does not perceive what it does not expect.

The moon illusion, in which the heavenly body appears larger when near the horizon than high in the sky, is an example. 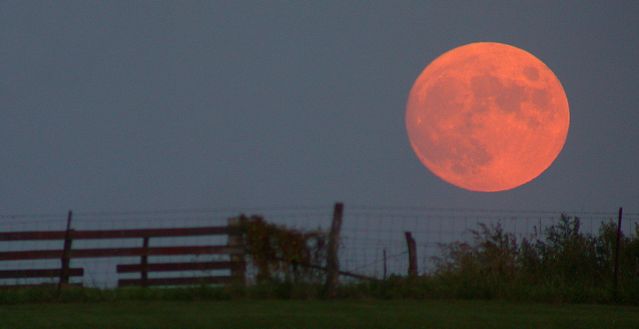 Because the brain expects that a far-away object must be larger to have the same size on the retina  as a close object.

Right away, this phenomenon should set off alarm bells, because it implies—correctly as it turns out—that your brain constructs its own reality rather than objectively reporting actual reality.

In other words, your brain makes things up and you can’t trust it to tell you the truth.

In everyday life, your brain’s “expectation bias” can get you in trouble. If you believe that you’re healthy, you’ll tend to be blind to symptoms that suggest that you’re not healthy, and delay going to the doctor. When your brain encounters someone who falls into a particular category, whether it be race, sex, weight or age, it tends to see traits it expects a person in that category to have, while overlooking traits that it does not expect, regardless of reality.

If you don’t think your own brain  has such hidden biases, take a few of the tests at     https://implicit.harvard.edu/implicit/takeatest.html

When I took these tests, I was shocked to learn that my brain harbored unconscious preconceptions about people. You might be equally shocked at your results.

Ok, enough serious stuff. Now let’s look at the entertaining side of your brain’s hidden assumptions.

Stare at the center dot in the figure below and move your head to and from the computer screen. You should see rotational motions that are not really there. 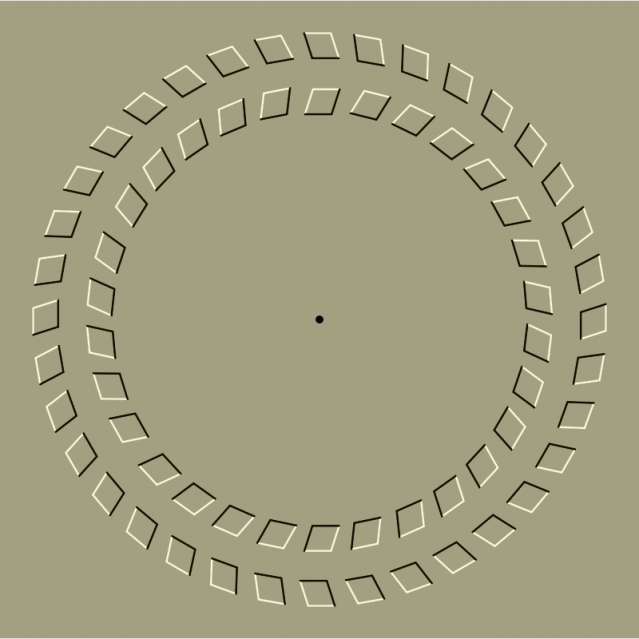 Similarly, when you scan your eyes around this next figure, you should see phantom ripples. 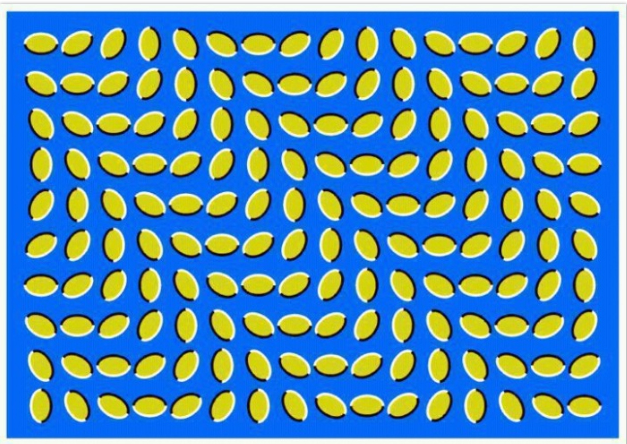 Finally, close one eye and very, very, very gently push your open eye sideways, as shown in the photo below. You’ll see the world jump in the opposite direction of your nudge.

All of these illusory movements arise from your brain’s erroneous assumptions about what is moving and what is stationary.

In the first two illusions, the patterns of light, dark and color are specially designed to stimulate motion sensitive neurons in your visual pathway, causing your brain to perceive motion where none exists.

The third illusion occurs because the brain assumes that images moving on the retina result from objects moving in the world, unless the brain causes that retinal motion by commanding eye movements.

Notice that when you scan your eyes left to right, the world appears to be stationary, even though the image of the world is moving on your retinas in the opposite direction of your eye movements. The world seems fixed because the part of your brain that commands your eyes to move, sends signals to the part of your brain that perceives motion that exactly cancel out the retinal image movement.

So…when you push on an eye– rather than moving it in the normal way– the part of your brain that moves your eye muscles is inactive and thus does not send out motion-cancelling signals, with the result that you perceive the world to jump.

You’ll find the experience quite….. moving.