A Simple Trick to Help You Read People Better 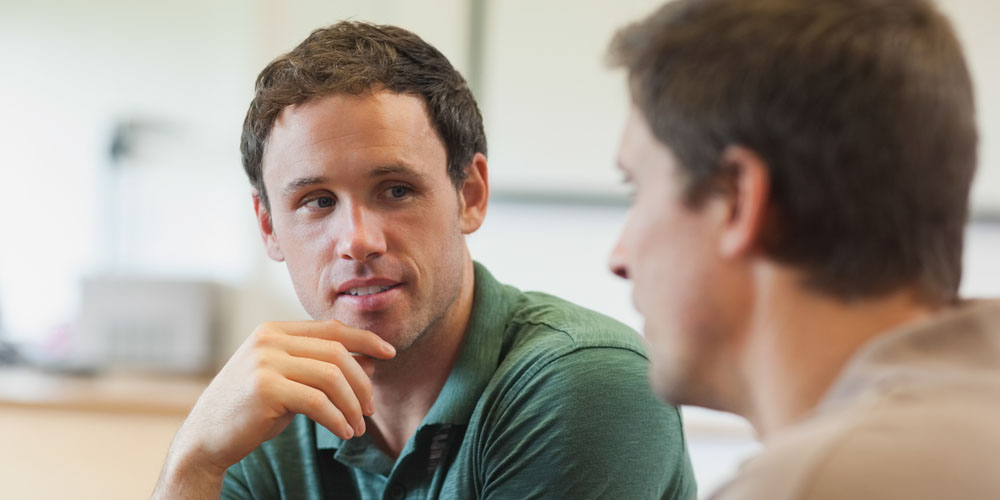 James (not his real name) was a chain smoker, so we had to go outside the building to have the long conversation I was hoping for.

I had reached out to James, an experienced interrogator, because I was as an intelligence officer interested in learning more about deception detection. As we strolled around a grassy area on the south side of the East Coast facility, I asked James whether he thought it was possible to tell whether a prisoner was lying.

He took a deep drag on his unfiltered Camel while he considered my question. “Well,” he said, a faint smile playing on his lips, “sort of.”

My own breath looked like cigarette smoke in the February morning air as I asked, “Sort of?”

More puffs of the Camel, followed by a ritual in which James dropped his half-smoked cigarette and ground it out under his heel while lighting another. While watching this, it occurred to me that I was interrogating an interrogator who didn’t appreciate being interrogated. So, uncharacteristically, I waited patiently for an answer.

“All of us [interrogators] have certain ‘tells’ we look out for,” James said, squinting at me through a cloud of smoke. “We watch for, you know, eye movements, too much fidgeting, too little fidgeting, changes in tone of voice, inconsistencies in timelines, posture, yada yada yada. But I’ve come to doubt that stuff, at least when I’m the one doing the questioning.

“What I like to do now is watch someone else put questions to a detainee. But I don’t watch the prisoner. I look at the officer asking the questions. How he reacts to answerstells me more than how the detainee reacts to questions.”

I asked, “You mean the interrogator is a kind of tuning fork that resonates with vibrations from a prisoner, and you look for vibrations of deception?”

“More or less,” he replied. “I can’t tell you exactly what it is that I’m picking up, but I’ve come to trust my perceptions. The thing is, though, when I asked the officers whether they were aware of changing their behavior when they thought a guy was lying, they took offense—because, you know, they’re not supposed to telegraph what they’re thinking.”

James repeated his cigarette snuffing and lighting ritual. “The officers usually tell me that, when I saw them react to a detainee lying, they actually did think the guy was being evasive or deceptive, they just didn’t think their feelings showed.”

With that, James tossed his Camel and headed back to the warmth of the building. The interrogation of the interrogator was over.

Even though James worked with criminals, his “tuning fork” insight can help you do a better job of reading everyday people by reading yourself. That’s right: If you want to understand another person’s body language, start by zeroing in on your own body language as you interact with that person.

It’s pretty obvious which of these smiles is forced vs. genuine. The photo on the right shows a big smile and lively eyes that are hard to fake. But did you know that, while you were looking at the two photos, your own facial muscles were making very subtle contractions that mimicked those of the smiling subject, and that feedback from those muscles to your limbic system generated emotional responses in your brain?

Sebastian Korb and colleagues at the University of Wisconsin could reliably predict whether test subjects were viewing a fake or authentic smiles just by reading subjects’ facial muscles’ electromyographic (EMG) data.

Look again at the two photos and pay close attention to your feelings. You should notice that the photo on the right generates lighter, more pleasing emotions than the one on the left. According to the James-Lange theory of emotion, and more recent ideas such as Antonio Damasio’s somatic marker theory, your facial muscles didn’t contract because you felt happier looking at the genuine smile, but just the opposite: The mimicking muscle contractions happened first, triggering your pleasant feelings.

Research on “mirror” neurons in the motor cortex of primates, along with electromyographic studies of subjects who are observing the behavior of others, suggest that minute muscle contractions associated with unconscious mimicry routinely occur when we watch other people’s behavior, including facial expressions, gestures, gait, and even manipulation of objects.

It stands to reason, then, that we can get a better read on other peoples’ emotions by paying closer attention to physical sensations in our own bodies.

As we previously pointed out (in “Learn when, why and how to say no“), focusing on physical sensations can be a better way to know what we are really feeling than directly inventorying our feelings, because our social brains have evolved to suppress feelings about others, particularly negative emotions.

The bottom line is that your body can be a better tuning fork for figuring out other peoples’ emotions than your mind.

The next time it’s really important to read another person—on a date, a job interview, a negotiation, or a meeting with your boss, practice sensate awareness (also called “mindfulness”) to better focus on your body. The technique is simple:

Now you’re ready to be a “tuning fork.” In situations where reading the other person is important, take a couple of deep breaths and periodically repeat the imaginary scan of your body, looking for departures from your baseline. This takes some practice because we normally focus on other people when we interact with them. But you’ll be surprised how fast you can get the hang of it.

I can tell you from personal experience that the technique really works. As a therapist treating violent men at a community mental health center, I found “scanning” to be an effective tool for picking up deeply buried hostilities that I otherwise would have missed, probably because I didn’t want my patients to be feeling hostile.

And that’s the key takeaway for reading other people: Our bodies can tell us what is really going on, not what we want to be going on.